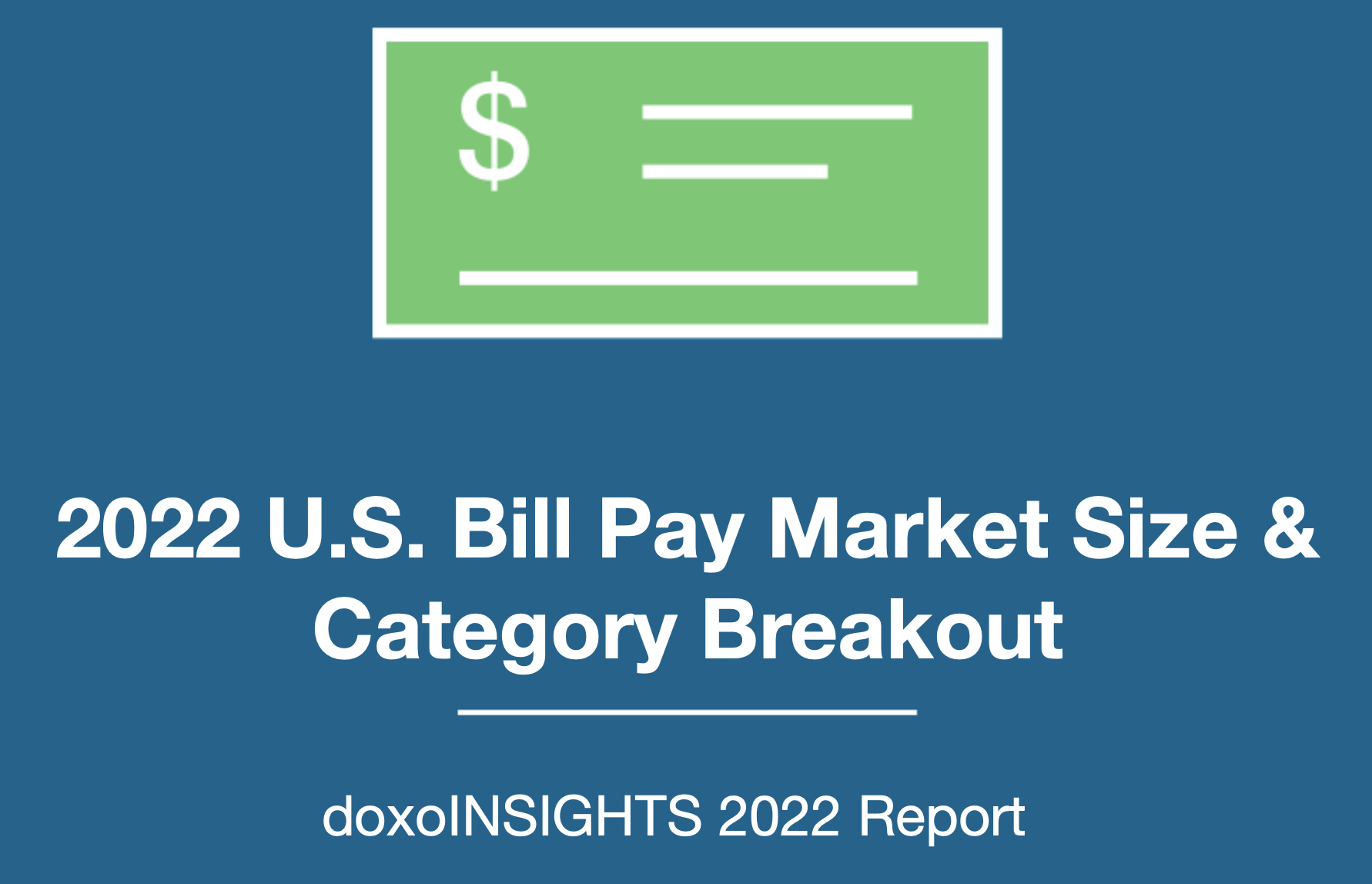 Today, doxo released our 2022 U.S. Bill Pay Market Size & Category Breakout Report. It reveals that Americans spend $3.12 trillion annually across the ten most common household bill categories. This figure makes up nearly one quarter of all U.S. consumer spending. In this report, statistical analysis of actual household payments was used to size the market across more than 97% of U.S. zip codes.

The report found that the average U.S. household spends $24,032 per year on bills. It also breaks out the household spending market size for each bill category, the average amount paid per household per month, the percentage of households that pay each bill, and average bill pay costs by state.

doxo’s bill pay service empowers consumers to pay more than 100,000 providers across 97% of U.S. zip codes. The company’s customer base is over 6 million strong, and represents all U.S. income and regional demographic segments. By incorporating tens of millions of payments, the 2022 U.S. Bill Pay Market Size & Category Breakout Report is a true, direct representation of what Americans actually pay on bills.

The report findings include breakouts by service category, household market penetration for each type of service, and household average spend per month by state.

The average U.S. household spends $24,032 per year on the most common bills

According to the U.S. Census Bureau, the real median household income in the U.S. is $67,521. At the same time, doxo estimates that the average American household spends $24,032 per year on common bills. These figures suggest that more than a third of Americans’ yearly salary is put toward core expenses.

While housing continues to be the highest U.S. household expense by a longshot, the report reveals that the average household is paying more out-of-pocket per month for auto loans, auto insurance, and even mobile phone bills than essential costs like health or life insurance, which are frequently covered by their employer or automatically deducted from paychecks. The average monthly amount of each bill paid in each category is:

The market size of each bill type is influenced by the actual percentage of households paying each category. For example, consumers that pay rent are not typically also paying a mortgage. See the report below for these category details.